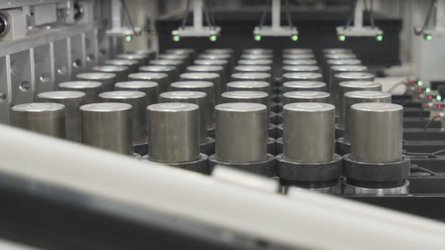 Tesla has only been producing cars at one of its newest factories, Gigafactory Berlin, for less than a year now. However, according to people familiar with the matter, the US automaker already has plans to produce batteries in Brandenburg, and the project could begin in early 2023.

It comes as no surprise Tesla plans to produce batteries at as many of its global factories as possible, and we heard earlier rumors that EV batteries would likely eventually come out of Berlin, Germany. Tesla aims to do as much as it can in-house, and while we just recently learned that the automaker has secured enough contracts with other battery makers to more than satisfy its battery demand, for now, the company has made a reputation of investing in the future.

Whether or not Tesla will actually produce batteries in Germany, and when it will happen for sure, are still unknown. However, reports suggest that it’s bound to happen as soon as next year, since the factory is reportedly already in existence, and Tesla is currently working on its interior.

Tesla recently provided a battery technology presentation in Grünheide, where it discussed its various technologies and explained 4680 cells. According to a report in the German publication B.Z., folks from Tesla explained that the company no longer wants to install thousands of smaller lithium-ion batteries into its EV battery packs, but rather, a smaller number of bigger and thicker 4680 battery cells.

The 4680 cells are said to be faster and cheaper to produce, while also being better for the environment. We have learned, however, that Tesla is reportedly struggling to perfect and speed up the new manufacturing process. Once the process is streamlined, the automaker should be able to use it at various battery factories it opens across the globe.

B.Z. reported that production at Tesla’s upcoming battery factory at Giga Berlin is expected to begin in the first quarter of 2023. The factory aims to make enough batteries for some 500,000 Tesla models per year, which is about as many cars as the German factory will be capable of producing once it’s at full capacity. At this point, Tesla is producing about 1,500 Model Y crossovers per week in Europe, so it still has plenty of work to do to get to some 10,000 per week.

The publication adds that Tesla will also start producing electric motors at the factory yet this year. However, to date, all batteries and powertrains have come from China.

Do you think Tesla will begin to produce batteries at more of its factories across the globe? Is early 2023 just too optimistic for Giga Berlin to be manufacturing batteries? How quickly can Tesla ramp up vehicle production in Germany? Let us know all of your thoughts in the comment section below.