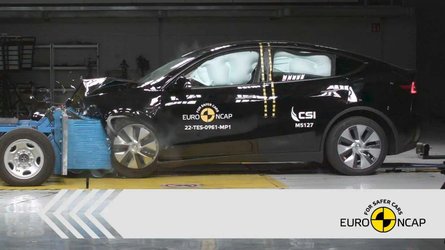 A well-known hacker in the Tesla community, green (@greentheonly), posted a message on Twitter revealing that he’d found ANCAP support in Tesla’s code. He went on to note that he had previously found code related to a Chinese vehicle testing facility, as well as EuroNCAP and Korea NCAP.

Tesla is constantly touting the safety of its vehicles, calling them the safest ever produced. While some people may doubt many of CEO Elon Musk‘s claims, data from crash-test agencies across the globe has proven that Tesla’s models are exceptionally safe, and that’s especially true of the newer Model 3 and Model Y.

Since Tesla claims its vehicles are safer than those made by any other company, it’s under much scrutiny. The NHTSA is currently in the midst of a significant Autopilot probe, and many people are just waiting to learn if Tesla will be found at fault in any related investigations. With that said, to learn that a hacker discovered agency-specific crash-test codes in Tesla’s vehicles will likely raise flags for many people.

As you can see in the second part of green’s tweet above, he wonders why Tesla would have or need this code. He also suggests they could give crash-testing agencies a one-off vehicle with the settings tweaked.

To be very clear, no one has officially accused Tesla of doing anything illegal with the codes, and no one has brought forward evidence of such. However, green has confirmed the code exists, and Tesla will likely have to explain why its vehicles have the code, and what it’s used for. A spokesperson from ANCAP actually spoke with Drive and said it’s aware of green’s findings and it’s looking into the situation.

This is a developing story. If we receive any new information in the coming days, we’ll provide updates. In the meantime, we’d love to know if you find this situation concerning, or if you think Tesla is proceeding by the book. Why the codes? Should agencies intervene?