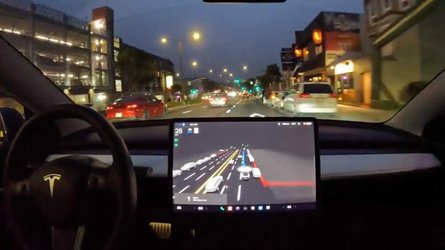 Tesla was sued this week in a proposed class action that accuses CEO Elon Musk’s electric car company of providing misleading information to get people excited about its Autopilot and Full Self-Driving advanced driver-assist systems. Tesla’s active safety features have been under fire for years, due in part to how they’re named and what they’re capable of (or not).

The suit points out that Elon Musk has been raving about Autopilot‘s features since 2016, as well as stating that he believes Tesla can solve Full Self-Driving by the end of the year (for many years now). However, to date, Tesla still calls the features Level 2 systems that require driver attention and interaction.

Reuters notes that Briggs Matsko is the named plaintiff in the proposed class action. He claims that Tesla and Musk touted the technologies to get people excited, attract investors, and essentially avoid going bankrupt.

Matsko paid an extra $5,000 to get Enhanced Autopilot on his 2018 Tesla Model X. He went on to say that people beta-testing Tesla’s FSD software are acting as untrained testing engineers and they’re finding loads of issues, including those that could lead to accidents. Matsko said:

“Tesla has yet to produce anything even remotely approaching a fully self-driving car.”

The lawsuit was filed in a San Francisco federal court. It seeks damages for Tesla owners all the way back to 2016 who bought or leased an EV that includes the standard Autopilot, and/or the premium features: Enhanced Autopilot or Full Self-Driving capability.

The California Department of Motor Vehicles filed complaints at the end of July 2022 about Tesla’s false advertising related to the safety features. The state could go so far as to suspend Tesla’s license in California.

Tesla continues to reiterate that its safety features require drivers to be fully attentive at all times. The systems demand active driver supervision and are meant to “assist” drivers, not drive the car completely on their own. Similar systems exist on many of today’s cars, though they may not be labeled or promoted in the same way as Tesla’s.