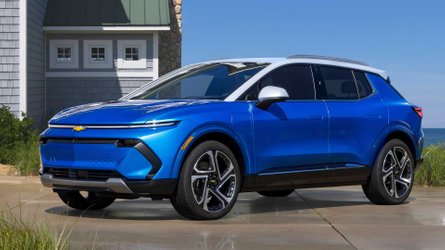 As more and more automotive brands push forward with a future geared toward electric vehicles, advertising may become key. General Motors has never shied away from big ad campaigns, and it’s likely to go all in when it comes to EVs. Chevrolet will start things off with a new assortment of EV ads that will run during NFL football games on Sundays.

We can only imagine that Chevrolet, along with most of its rivals, is already making notable plans for the Super Bowl. While Tesla and other startup automakers don’t really focus on traditional advertising, legacy brands have been at it for years. Even if automakers, such as the Big Three, wanted to ease up on the ads, they may not really have much of a choice if their competitors continue to tout their future lineups.

According to a recent article published by Automotive News, the upcoming Chevrolet ad campaign is set to feature the Blazer EV, Equinox EV, and Silverado EV, all fully electric vehicles that are expected to come to market next year. This week, at the North American International Auto Show in Detroit, Chevrolet’s marketing director Steve Majoros shared that the ads will emphasize that Chevy’s EVs are “built for everyone, everywhere.”

GM’s CEO Mary Barra has talked many times about beating Tesla in the EV game as soon as 2025. She suggests that Chevrolet will be bringing affordable EVs to market to sell to the masses, something Tesla still hasn’t been able to do. The Equinox EV will be priced at around $30,000, and GM intends to launch cheaper options as well.

The Chevy ad campaign is a large project that will provide material for about three months. Majoros added:

“We’re going to tell America about these great new products, so look for us during the daytime and on Sunday Night Football, where America gathers. The theme is very simple. It’s EVs for everyone, everywhere. It’s very bright, optimistic, and it lets everyone know this story is coming together.”

Do you think legacy automakers will need to continue spending money on huge ad campaigns as they bring EVs to market? What will be the impact of such ads? It seems in the past they not only brought attention to the brand running the ad, but also to the entire electric vehicle segment. Leave us your thoughts in the comment section below.