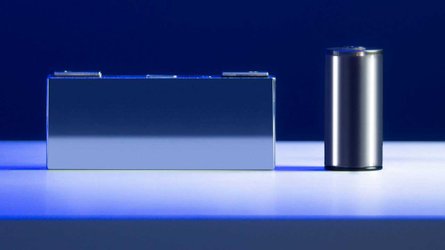 Just last week, we told you in great detail about BMW’s next-gen battery tech, which will improve range and charging speed, among other factors. Now, we’ve learned that the upcoming battery technology will offer an impressive 620 miles of electric driving range.

BMW recently announced its upcoming Gen6 cells, which are due to come to market in 2025. The cylindrical cells are expected to provide a wide variety of advantages over the current Gen5 prismatic cells, which are flat.

According to a report by Autocar, BMW’s head of Efficient Dynamics Thomas Albrecht said the Gen6 battery tech adds at least 30 percent more range, and while BMW could add even more range, it’s going to cap it. He told the publication:

The article notes that BMW’s Gen6 battery packs could be about 10 to 20 percent lighter than the Gen5 packs currently used in the brand’s EVs. The new cell shape also allows for a battery pack that’s thinner than the current style, and the pack itself will basically serve as part of the body structure of the EV it inhabits. The head of the battery cell department at BMW, Marie-Therese von Srbik said:

“With this next generation of battery, we will be much more flexible with how we integrate the cell. The whole vehicle is becoming more adaptive towards that.”

Autocar reiterated that with the Gen6 battery pack, DC Fast Charging times stand to improve by as much as 30 percent. In addition, BMW’s future EVs with the new pack will support 270 kW fast charging.

Albrecht also told Autocar that while the US will likely require an EV battery to maintain 80 percent performance over 10 years, BMW’s battery tech is already expected to perform better.

As we previously reported, BMW will open six new battery factories related to the Gen6 cells. The investment is expected to pay off, however, as the new technology and manufacturing practices should result in a 50 percent drop in costs.