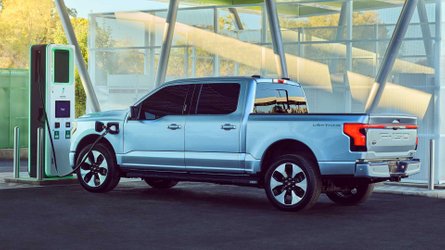 As we previously reported, US States had a deadline related to submitting their individual plans to build out EV charging infrastructure. Now President Biden, Vice President Harris, and their administration have gone over the plans and approved the first 35.

Just yesterday, the Biden-Harris Administration made it official that over two-thirds of the Electric Vehicle (EV) Infrastructure Deployment Plans have been approved ahead of schedule, and they’re already funded. Each of the 35 states can begin to put over $900 million in NEVI formula funding into place to begin building out a charging network that will collectively cover some 53,000 miles of highway. US Transportation Secretary Pete Buttigieg shared:

“Today, with funding in President Biden’s Bipartisan Infrastructure Law, we are taking an important step to build a nationwide electric vehicle charging network where finding a charge is as easy as locating a gas station. With the first set of approvals we are announcing today, 35 states across the country – with Democratic and Republican governors – will be moving forward to use these funds to install EV chargers at regular, reliable intervals along their highways.”

US Secretary of Energy Jennifer M. Granholm added that the first group of States, including the District of Columbia, and Puerto Rico, now has an official green light to begin the process of rolling out much-needed charging infrastructure across the country.

The administration worked as quickly as possible through the lengthy and painstaking approval process. Now, it’s already in the process of reviewing the remaining plans, which have all been submitted. The goal is to finish by September 30, 2022, if not sooner. The first 35 approved plans are as follows:

The Federal Highway Administration is currently working on official rules related to how the charging infrastructure funds can be spent. Thus far, there has been no official word about the brand, type, or speed of the various States’ upcoming charging infrastructure. We can only hope that while it will take longer and the funds won’t stretch as far, the focus will be on DC Fast Charging.